Every year, Stout’s world-renowned auto recall expert shared his data and insights in a presentation to industry insiders. It included dozens of slides, many of them highly detailed charts. It was very well received the day of the presentation, but didn’t generate much interest outside of the room.

In 2015, SRR hired CBD Marketing to kick it up a notch. Our mission was to turn the chart-heavy deck into an authoritative and readable annual report about how recalls are changing the auto industry.

Stout had two major goals for this report:

The timing for the first report — "Roadmap for a New Era: 2015 Automotive Warranty & Recall Report" — was perfect. In early 2015, the auto industry was reeling from a record year of auto recalls, including problems with GM’s ignition switch defect and the Takata air bag recall.

To create the report, CBD conducted multiple interviews with the SME, working with him to formulate the "pillars" of the report. CBD also did many hours of research into current auto industry recall trends, reviewing recent stories and talking to other industry experts about recalls to broaden our knowledge base.

After CBD’s content team created an outline, we built a narrative around the data, striking a balance between the analysis offered by the SME and the charts themselves. 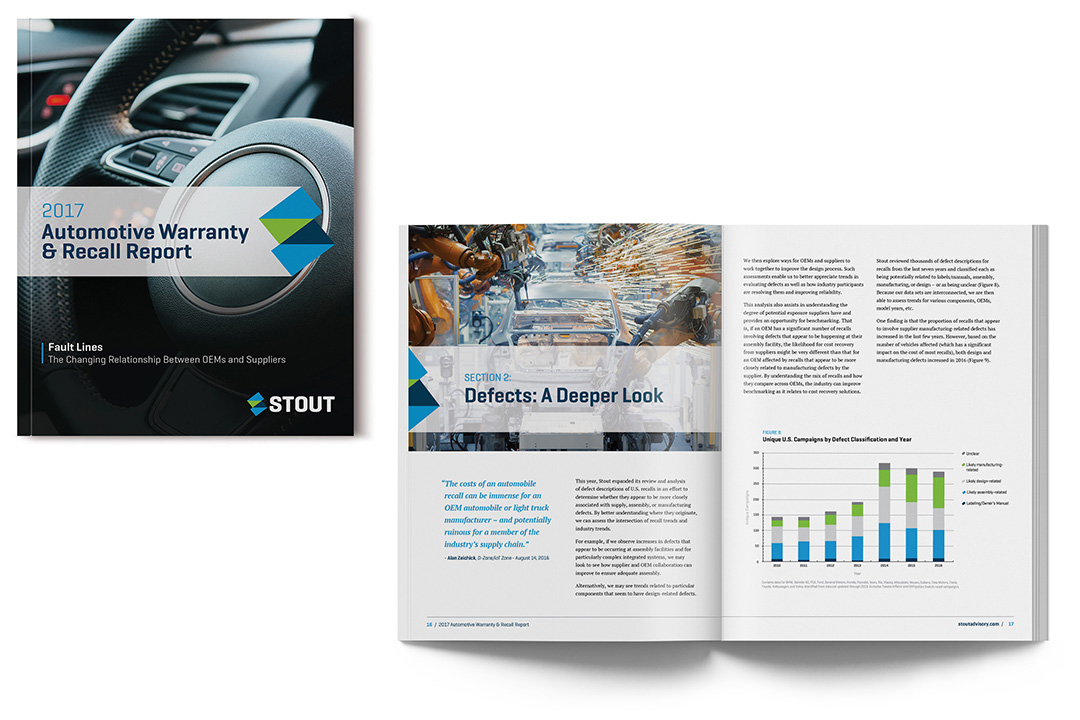 CBD also developed and executed a media relations plan around the report release at the New York International Auto Show in late March.

Once released, the report was posted to the SRR website as a downloadable white paper, gated to require name, organization, title and so on to qualify the lead. The 2015 report and subsequent ones the next two years were an unqualified success.