The North American analyst and advisory teams for Rabobank, a global financial leader in the food and agriculture industries.

Rabobank sought media exposure at a very high level for its experts. The goal was a consistent drumbeat of appearances and interviews that would position the bank — and its individual analysts and execs — as industry thought leaders and key influencers with their C-suite bank customers and prospects.

Despite a strong team of food and agriculture experts, Rabobank wasn’t attracting consistent attention from high-level business media. Reports written by the experts were sometimes ignored by industry media and “in the moment” news opportunities were not capitalized upon.

In short, without a plan for high-level media outreach, placements were often random, if at all. 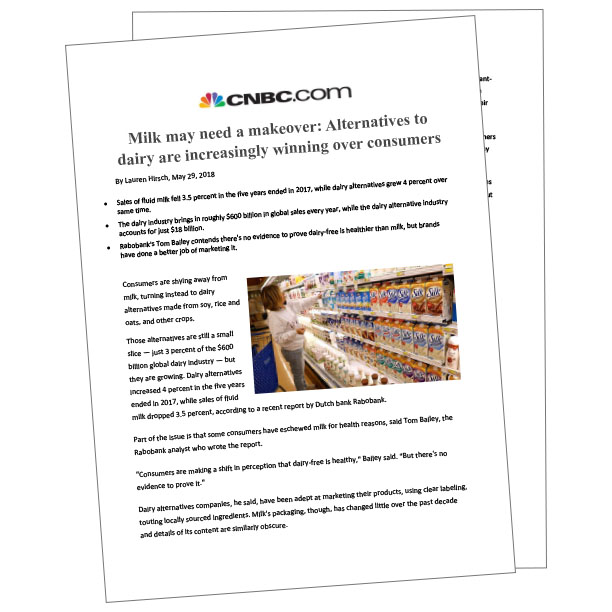 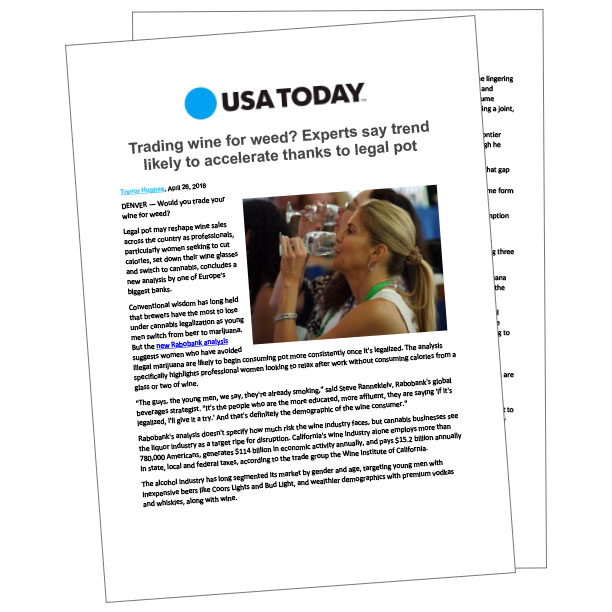 Outreach focused on reports that included exclusive analysis from the bank’s experts. In addition, CBD made sure analysts’ POVs were offered to reporters when major industry news was being made, such as mergers/acquisitions involving the top food and beverage companies in the world.

We also created content on the bank’s website and social media channels that aligned with the strategy, positioning individual analysts and execs as thought leaders.