Culligan is the leading provider of installed water treatment systems and services for residential customers and commercial businesses. Culligan International is the parent company for 800+ Culligan franchise dealers across the U.S. and Canada.

“Hey! Culligan Man!” That ubiquitous phrase is still one of the most recognized brand taglines around. But the “delivery man” persona in ads and materials seemed dated and counter to the professional positioning Culligan needed in the new millennium.

Creating a big splash in a short timeframe was optimal, as was sharable content assets that could keep the buzz going at the local level where dealers did business. 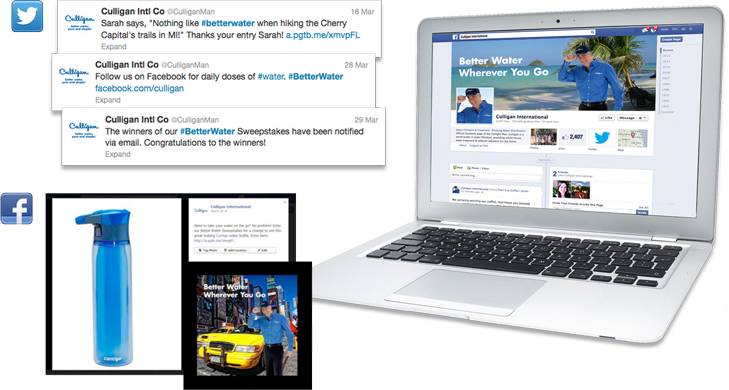